← NLP Perceptual Positions
The Process of Well-formed Outcomes in NLP → 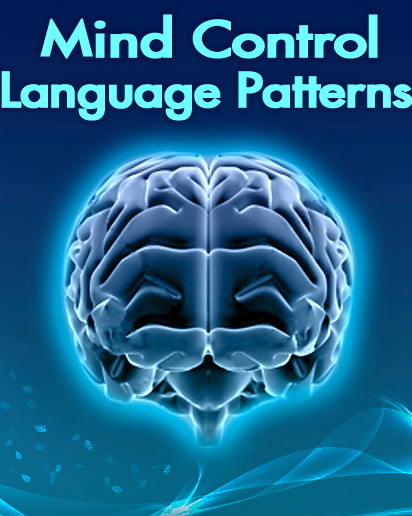 Mirroring and matching are two techniques of Neuro-linguistic Programming used to gain rapport at the unconscious level. This is possible by becoming like the person with whom you need to make a connection.

Generally, people look, act, sound and move like one another, they tend to notice the similarity at the unconscious level and therefore get along with each other.

It is a natural process to help things come in a state of harmony. Even two similar pendulums suspended with a taut wire will tend to synchronize their swimming motion. We can therefore gain rapport with any person by emulating the person using the process of mirroring and matching given in Neuro-linguistic programming.

You can start by observing groups of people who are comfortable and enjoy with each other. You can observe people at hangouts, restaurants, meetings etc. On careful observation, these people will seem to behave in synchronization with each other, by talking, eating, sitting or gesturing in a similar manner. They will sit in similar positions, and have similar kind of behavior. These actions are not deliberate, but happen at the unconscious level once they have entered the state of rapport.

There are several Neuro-linguistic elements in our behavior that we can mirror and match using Neuro-linguistic programming. We can mirror or match ones voice and posture, blinking and facial expression, words and gesturing, physiology and position. For example if a person tilts his head to the left, we should tilt the head to the right, just like a mirror. Align your posture similar to the curvature of the spine. When you sit across someone, you can assume a mirror position of the hands, legs, head etc. When a person talks, you can observe the gestures used and hand movements. You can use the same gestures when responding back. However, do not try to imitate every gesture every time; else, it will look like you are playing the monkey game. When a person is talking simply notice the gestures used, and use them when you are responding.

It is advisable to be discreet when using the matching and mirroring techniques of Neuro-linguistic programming. You can delay an action by a few seconds. For example if the person shift his position, you can match it by shift after some time.

There are other features that you can mirror and match using Neuro-linguistic programming. You can observe the blinking rate, facial expressions or tension in muscles of the person and match them.

As per Neuro-linguistic courses, another great method of mirroring and matching is adopting similar tone of voice. A significant part of the communication depends on the quality of the tone, the pitch, volume, speed etc. Matching someone’s tone is a great way to building rapport. Try to match as many aspects of the voice as possible, although do not try to show off your mimicry skills. If a person has a soft voice, match the softness in your speech. If a person speaks very fast, try to talk with a matching speed without speaking gibberish. If a person speaks loudly, you too talk loudly, without disturbing the neighbors. According to Neuro-linguistic training, matching someone’s voice will give you an instant rapport, and is easier to imitate, match and mirror.

Although both Neuro-linguistic mirroring and matching techniques emulate a person physiology, breathing, words and tone, there is a subtle difference between the two, as per Neuro-linguistic courses. The difference lies in the degree or level of emulation. Mirroring technique means that you become a mirror of the person. If a person crosses his arms with the right arm over the left arm, you mirror this position by crossing your left arm over the right arm. It is like the person is looking in a mirror, where your physiology is a complete reflection of theirs. When you are mirroring the words of another person, you respond with the exact same words that he has used.

According to Neuro-linguistic training, matching and mirroring can be applied to our every day interactions for a better rapport. However, in cases when we are in an argument, or someone is talking in an angry, reprimanding or condescending manner, we need to understand what aspects of the person we should mirror and match.

It is important that we do not emulate the angry or condescending content of the other person. If someone is shouting at you using abusive language, reply back in neutral words. You can however mirror the Neuro-linguistic physiology and tone of this person. Use similar gestures when responding, and adjust your voice tone according to the other persons pitch, volume, speed and quality. It is important that your response is non-threatening in nature, otherwise it will further aggravate the other person. You can practice facing such tricky situations by asking your family or friends to perform a mock dispute, in case you do not tend to real arguments.

The Importance of Rapport Building

Rapport building can be done by matching and mirroring a person’s expressions such as physiology that includes breathing, gestures, posture and facial expressions; tonality that includes quality, speed, pitch and volume; and words that comprise of predicates used.

Rapport building skills can be used in any area of your life and on any person, as per Neuro-linguistic courses. Rapport building might be required within your family, for your spouse or children. You can avoid conflicts with your spouse or better understand the thought processes of your child once a good rapport is developed. It is very important in professional life as well, for getting along with superiors, teammates and subordinates. Rapport building is vital to group meetings, discussions or decision-making, where a good rapport can avoid conflicts, misunderstandings and arguments.  Using Neuro-linguistic training, you can establish a good rapport with your team leader, or leader of a group.

After a strong rapport is built, you can better express your ideas and viewpoints to the leader, and the leader will be able to understand and acknowledge your efforts and skills.

As per Neuro-linguistic courses; in order to establish that a rapport has been built with a person; you can test and monitor certain indications. After you mirror and match your physiology, tonality and words to the other person, you might experience an initial uncomfortable feeling in your stomach. This feeling will later on be replaced with a feeling of warmth and unity. You will detect a color change in the person, as well as a blushing feeling within you. You will start to feel comfortable with the other person. Using Neuro-linguistic training, a connection will be formed through which you will be able to understand the implicit thoughts of the person. The other person might express a similar feeling in words, indicating that he too is now feeling at home.

Finally try to make a change in your position or voice. If you take the lead, find out if the other person will follow. You can do something different, such as scratching your ear, shifting into a new position or changing your pitch or tone of voice. Once a good rapport has been built, the other person will unconsciously follow you. He will try to match your action, by shifting position or changing his tone as well. When these tests are successful, it indicates that a solid rapport has been built.

← NLP Perceptual Positions
The Process of Well-formed Outcomes in NLP →