← Artful Seduction Of Communication
NLP – Own Your Own Power → 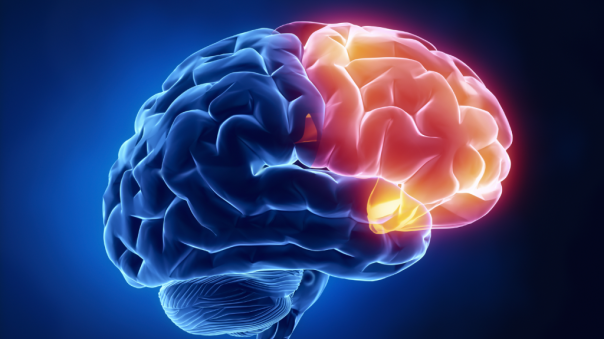 To meta-state means to reflect on a mental or emotional state with additional thoughts, feelings, ideas, and even kinesthetics. This power to rise up in you mind and have a second thought or second feeling about a previous thought describes the most wondrous power of self-reflexive consciousness. It involves what we call “going meta” in NLP, and yet it involves more than that.

“Going meta” refers to moving up the scale of specificity. It means generalizing to a higher classification. We go meta in our minds when we move from a specific thing (strawberries) to a higher classification (fruit). This gives us the ability to categorize things. We categories strawberries as fruit. We can categories fruit as food. “Conceptualizing” in this way by using higher levels of abstraction define the class of life we are a semantic, symbol-using class of life.

Meta-stating involves more. It involves not only going up and above our thoughts and experienced, but also reflecting back on them. When we do this, we can then create several new things. We set a frame– a new frame of reference and this than allows us to re-classify the experience. We can legitimately call an experience by a different term: “Raising his voice like that doesn’t mean he’s being insulting, he feels stress and that’s a sign of his insecurity.”

By meta-stating we can also texture and temper experiences. In Meta-States and Frame Games trainings, we describe this as the layering of higher levels of mind or frames. And doing that enables us to texture and quality our states in ways that can totally transform and revolutionize our lives.

A great example of this occurs in the Visual-Kinesthetic Dissociation Pattern or NLP Phobia Cure. After twenty-five years of using “The Phobia Cure” for PTSD (Post Traumatic Stress Disorder), traumatized states and experiences, and phobias of all kind, this pattern has proven a staple for de-stabilizing old trauma reactions and giving thousands of people a new lease on life.

With the Meta-States model, we can now explain the processes that allow the magic of this pattern to do its work.

As an overview, the Phobia Cure works as a guided imagery into a movie theater where we sit back in the theater to watch a showing of the old memory. After we pick a beginning snapshot, we even float back and up to the projection booth and there view the movie feeling the safety of the Plexiglas before us. At the end we forward the movie onto another experience something later wherein we were okay and feeling a sense of comfort. We freeze frame the comfort scene, step into it and then let the whole movie fast rewind in a second or two.

Simple.
Easy to guide a person through.

So where’s the magic? How can we explain the wonder and power of NLP in this pattern? What are the governing mechanisms of mind-and-emotion and meaning that explain the felt transformation which the pattern elicits?

As an overview of the meta-stating processes occurring in this pattern: we essentially layer, qualify, and texture the “thought” –the memory with multiple layers of resources that change the very feel of the memory as the other thoughts transform it.

The Levels of Resourcing

Level 1: Primary Trauma Thought. Begin with a “negative” thought that sets off all kinds of painful emotional reactions. Pick a “thought” of a memory that “rattles your cage” so much so that you can’t even “think” it in a calm and rational. This presents the primary state or experience. In it you find that you have become wired (so to speak) to react semantically to an “idea.” Just the idea of the trauma upsets you and your entire body and neurology becomes reactive. It is this thought, this representation, that we will be dealing with.

Level 2: Calm Distance. Imagine putting the “thought” that upsets you on a mental screen and stepping back from it as if in a movie theater. When you have located the memory, turn it into a black-and-white snapshot of a scene at the beginning of the traumatic event. Freeze-frame this scene and hold it there as you take your seat in the 10th row.

Here we are meta-stating the trauma thought with distance, stillness, and black-and-white coding. All of these higher ideas about (meta) to the first level thought induce messages of comfort about it.

In NLP we call this a “dissociation” step, yet it involves so much more. It certainly does have the effect of stepping back and out of a felt memory. And as a result most people feel some relief. Yet we have not so much moved to “not feeling” as we have to “feeling calm” and “feeling distance” about the memory. We have begun to layer thoughts and feelings upon the trauma memory that gives it a new texture a new feel.

But it doesn’t end there.

Level 3: Increased Distance and Protect and Control. Now imagine yourself and feel yourself float out of your observing self and up to the projection booth. From there you will be able to see the back of your current self watching the old memory representation as a black-and-white snap-shot on the screen. Touch the Plexiglas that separates you from the auditorium knowing that you’re safe here in the projection booth.

This so-called “double dissociation” actually brings all kinds of resources to bear upon the original thought that we have not actually “thought” about yet. All this is preparation (pre-framing) for thinking. Here we have continued meta-stating our old memory with more distance and protection behind a Plexiglas. And because in the projection booth we can edit the film we bring editing skill and power to bear upon the old memory, which gives us the sense of power and control.

Level 4: Controlled viewing & Fast Rewinding. Now you can turn on the movie (intentional control) and let it play out. Just watch it in this black-and-white movie of your past. After the traumatic scene is over, let it play until you find a scene of comfort where you’re okay, freeze frame that scene. Then, step into that scene of comfort (where you froze frame) and run it backward while you are inside seeing, hearing, and feeling everything run backwards. Let this happen so quickly that it only takes two seconds.

Here we layer onto all of the other layers of awareness cues like the images being black-and-white that we are observing “the past,” and that we’re in control of editing our memory. Then, after we meta-state the memory with comfort, we add a very strange layer of consciousness as we rewind the movie. Bringing backwardness or fast reverse to our memory really layers on some weird thinking and feeling. For some this will interrupt, for others it will spread comfort backwards through the past, and for yet others it will confuse and mess up the old strategy for trauma. Talk about more layers and frames that texture the old trauma. And yet we have not finished.

Level 5: Clean Slate and Directiveness. After the first backward super-rewinding process, do this 5 more times. Clear the screen of your mind, start with the Scene of Comfort, step in, rewind.

In this step, we layer onto everything ideas of a clean slate and we bring that to bear upon the memory. This interrupts things and it directionalizes our minds.

When a Negative Memory Doesn’t Stand a Chance

When my co-author, Dr. Bodenhamer and I talked about this recently, he noted that “the poor memory representation doesn’t stand a chance.” Too many layers of resources. With layer upon layer, the higher levels begin to govern and self-organize the lower levels. And yet we still have not finished with our analysis of the meta-stating involved in this pattern, there is yet another.

Level 6: Meta-Stating with a Coherent Metaphor. The whole set of the meta-level states that you have added one upon another in this process has all actually occurred inside of a metaphor the metaphor of a movie. In other words, you also brought a movie show situation to bear upon the thought– which enabled the other moves (stepping back and back, altering the visual and auditory components, running it backwards, etc.) to occur without really noticing.

True enough, a negative memory doesn’t stand a chance. We can’t track that many levels and so the first meta-levels begins to “collapse” or coalesce into the primary state thereby texturing and qualifying the memory in new and more resourceful ways.

When you reflect back onto your thoughts and feelings, your states, you meta-state. And given the very nature of your consciousness (your self-reflexive consciousness), you do it all the time. If you have used the NLP Phobia Cure, then you can now appreciate your meta-stating powers even if you didn’t know that’s what you were doing. In running that pattern, you have performed an elegant and powerful set of meta-stating maneuvers to transform an old semantic reaction. And now that you know what you were doing, you can appreciate this higher level skill.

← Artful Seduction Of Communication
NLP – Own Your Own Power →