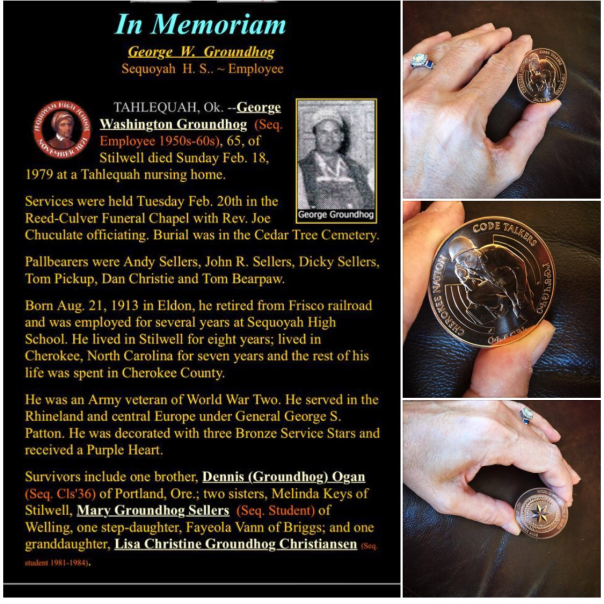 My Grandfather George Washington Groundhog was one of the original “Code Talkers and inventors of Native Coding.” I thank him with my humble gratitude for these priceless gifts of knowledge, language and culture…

Born Aug. 21, 1913 in Eldon, he retired from Frisco railroad and was employed for several years at Sequoyah High School. He lived in Stilwell for eight years; lived in Cherokee, North Carolina for seven years and the rest of his life was spent in Cherokee County.

He was an Army veteran of World War Two. He served in the Rhineland and central Europe under General George S. Patton. He was decorated with three Bronze Service Stars and received a Purple Heart. 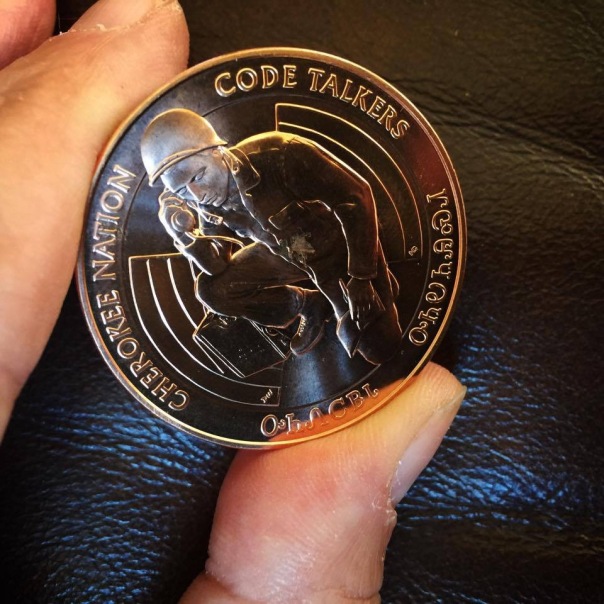 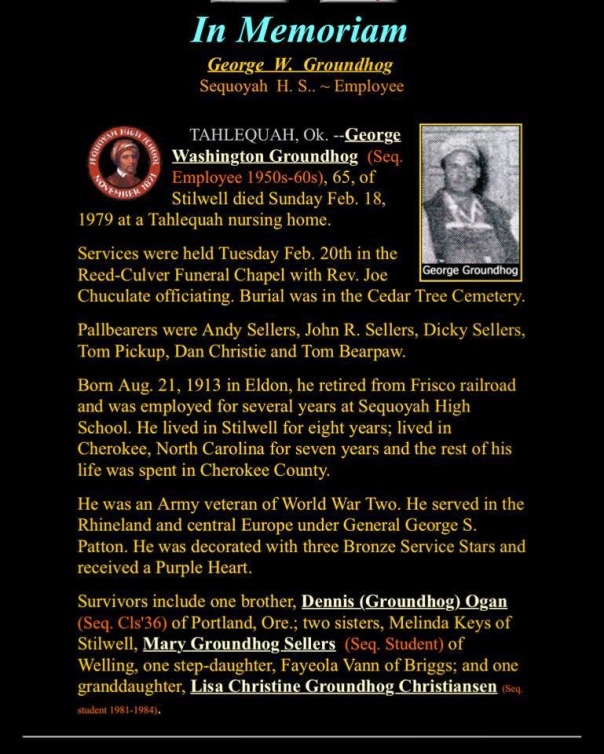