← Why Only Children Are More Successful
How to Lose Weight Fast: A Proven 3-Step Plan That Works →

I am so PROUD of my father, he was interviewed via translator in the Washington Times Most recently, a dozen Cherokee speakers spent last year translating 150,000 modern English terms into Cherokee so people can use the language on Microsoft Office web apps including Microsoft Word, Excel, PowerPoint and OneNote.. 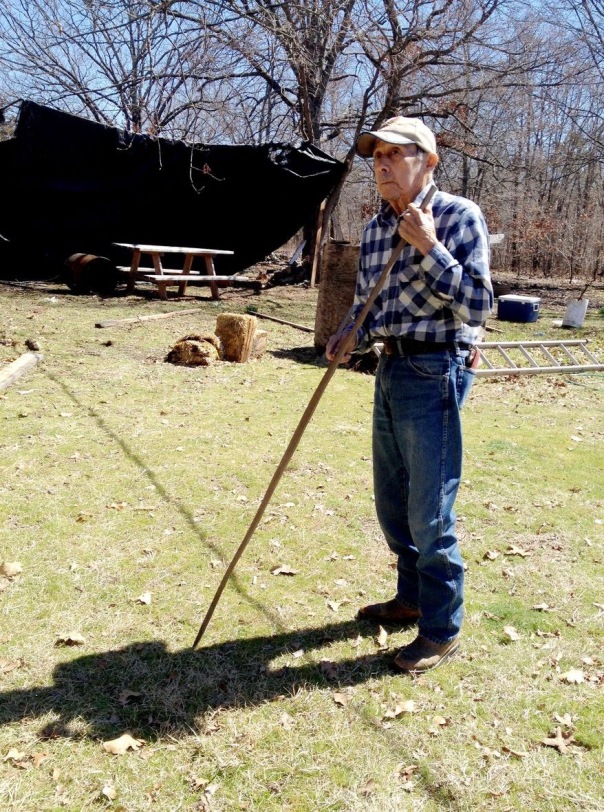 BRIGGS, Okla. (AP) – Mack Vann sits in the living room of his single-story home in rural Oklahoma with the television blaring, a news reporter giving details of the latest grisly crime to hit the state.

But the 83-year-old Vann doesn’t understand most of what the reporter is saying. Vann, who speaks only Cherokee, instead focuses on the visitors to his home, many of whom know only a few simple words of Vann’s Native American language.

“Osiyo,” he says to his new visitors, the Cherokee word for hello.

Vann is part of a fading population of American Indians in Oklahoma who speak only their Native American language, no English. Though Oklahoma was once known as Indian Country and ranks second in the nation in the number of Native American residents, many of the tribal languages are endangered or vulnerable to falling out of use.

That’s what makes Native Americans such as Vann, one of an estimated 50 Cherokee monolingual speakers in eastern Oklahoma, all the more interesting: They have somehow preserved their cultural identity through decades of pressure to assimilate, and now tribal language departments are turning to them to help keep their languages alive for future generations.

“They’re living treasures,” Cherokee Nation Principal Chief Bill John Baker says, “and it’s folks like him we bring in to pick their brains and say, ‘OK, what do you call the white oak tree? What do you call the other medicine trees? What’s the Cherokee word for them? What’s the old word for them?’ And the more we can pick their brains and the more the translation department can put it down, the more we can put it in not only hardback but on the web or a platform (and) the closer we’re coming to not even losing words.”

The Cherokee Nation has been at the forefront of language preservation. In the last few years, the tribe’s language department has worked to get the language added to Microsoft Windows 8, Google Gmail, and Apple’s iPhone and iPad. Most recently, a dozen Cherokee speakers spent last year translating 150,000 modern English terms into Cherokee so people can use the language on Microsoft Office web apps including Microsoft Word, Excel, PowerPoint and OneNote.

To make all that happen, the tribe draws upon the knowledge of speakers such as Vann, a descendant of Andrew Ross, the brother of Cherokee Chief John Ross, who led thousands of Cherokees to Indian Country during their forced removal from the southeastern United States.

Vann, who grew up in Greasy, a predominantly Native American community in eastern Oklahoma, learned some English in school but dropped out after the fourth grade to help with the family farm and slowly lost the ability to speak it.

Now, he says, he’s too old to learn it. Instead, friends and family help him translate when he needs help. Vann, whose wife died several years ago, worked at the Cherokee Heritage Center for years and continues to sell handmade bows.

Speaking through a translator in the backyard of his Briggs home, Vann, a member of the United Keetoowah Band of Cherokee Indians, says he would like more children to learn to speak Cherokee. He speaks with two young children on a regular basis in hopes of helping them learn the language.

“Everybody is just changing their ways and not really concentrating on our culture,” he says.

And as more tribal members like Vann age, it becomes increasingly important for tribes to preserve their vast cultural knowledge.

In January, the Chickasaw Nation, another large Oklahoma tribe, announced the passing of their last monolingual speaker, Emily Johnson Dickerson, 93. Dickerson, who died at her Ada home in late December, was among only about 70 fluent Chickasaw speakers.

“Emily Dickerson was a treasured elder who held the Chickasaw language and ways of life close to her heart,” Chickasaw Nation Gov. Bill Anoatubby said in a statement. “This is a sad day for all Chickasaw people because we have lost a cherished member of our Chickasaw family and an unequalled source of knowledge about our language and culture.”

← Why Only Children Are More Successful
How to Lose Weight Fast: A Proven 3-Step Plan That Works →